Brandon Municipal Airport YBR/CYBR, also known as McGill Field, is an airport located 1.6 km north of Brandon, Manitoba. It serves the City of Brandon and the surrounding regions of Western Manitoba and Eastern Saskatchewan, an area with a population of over 180,000 people.

Brandon Municipal Airport was originally constructed by the Department of National Defense in 1941. It was developed for use as a Royal Canadian Air Force (RCAF) No. 12 flight training school under the Commonwealth Air Training plan. The original runway system was constructed in a triangular layout with asphalt Runways 08-26, 14-32 and 02-20 – 850 m x 30m (2788’ x 98’).

Portions of the former RCAF Station Brandon are now classified as a National Historic Site of Canada. The Commonwealth Air Training Plan Museum is a popular tourist attraction located at the airport that commemorates the BCATP and the former Station.

Following negotiations with the Federal Department of Transport, the airport was leased to the City of Brandon in 1946 as a future Municipal Airport, and to serve as the new site for the Brandon Flying Club. Operations of the newly inaugurated Municipal Airport was placed in the hands of a commission appointed by Brandon City Council. In 1952, this operational responsibility was completely turned over to the Brandon Flying Club. This responsibility was returned to the City of Brandon in 1970.

Runway 14-32 is now operational for light aircraft traffic during daylight hours (no lighting) and has an improved gravel surface. In 2001, under ACAP and the City of Brandon funding, airside pavements and drainage were rehabilitated for Runway 08-26, Taxiways A&B and Apron.

In the 1980s, Perimeter Aviation was serving Brandon, with one flight every weekday to Winnipeg operated with a Beechcraft commuter aircraft. Jet service arrived at the airport during the mid-1980s when Pacific Western Airlines introduced Boeing 737-200 flights operated on a round trip six days a week in each direction.

In the 1990s, two airlines were operating service to Winnipeg: Bearskin Airlines, with four flights on weekdays and Perimeter Aviation, with two flights on weekdays. By 1999, Perimeter Aviation was operating two flights on the weekdays to Winnipeg consisting of mainly cargo (bank bags) for Purolator until 2015. Athabasca Airlines was also operating one flight on the weekdays to Winnipeg.  Air Sask operated a beech 1900 which offered 5 flights a week to Saskatoon and Prince Albert in the early 2000’s. in the summer of 2000, WestJet provided 737 passenger service twice a week, until the runway rehabilitation project in 2001. 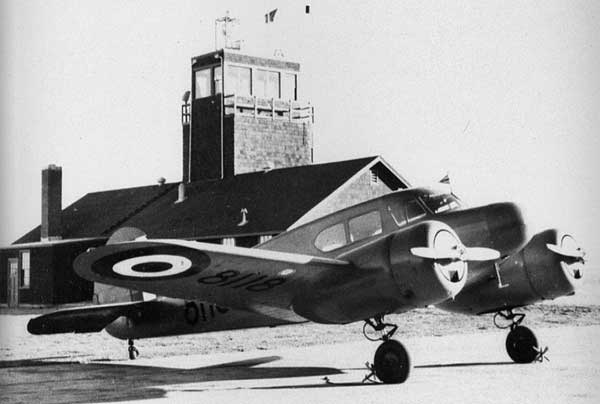